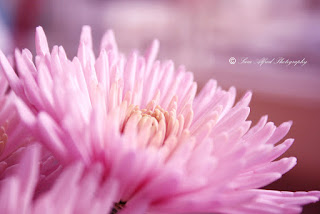 We are deeply imprinted by the suffering we have caused others. This imprint is sometimes felt as shame, guilt, or remorse, and it is our heart’s sensitivity calling us to attention. In the Buddhist teachings, such sensitivity can be intelligent and healthy—it plays an important role in awakening and freeing our hearts.

In contrast to our habit of beating up on ourselves, healthy shame is the signal that we have strayed from our deepest life values—it draws attention to a contracted, diminished sense of self—and it can energize us to realign with our hearts. Similarly, guilt focuses attention on our unskillful actions and can lead us to admitting our mistakes and making amends however we are able.

Self-forgiveness is often not even possible, and certainly cannot be complete, until we have in some way made amends to those we’ve injured. Making amends is not for the sake of satisfying an external standard of morality. Rather, it is an expression of our belonging to the world and to our own hearts.

The urge to make amends arises when we have had the courage to face the reality of our impact on others. It arises when our hearts yearn to relieve their suffering or when we dedicate ourselves to not causing further suffering. Even if someone is no longer alive or an active part of our lives, it is possible to acknowledge the truth of his or her hurt and to offer him or her our wishes, prayers, and remorse.

As we intentionally take responsibility for our actions, the harsh grip of self-aversion loosens, and we come home to a sense of connectedness, peace, and ease. This healing is very close to the Christian and Jewish process of atonement. By atoning for our errors, we make possible reconciliation—with God, with the injured other, and with our own heart and being.

I came upon a beautiful illustration of this healing process in the book Offerings at the Wall, which includes a selection of some of the ninety thousand letters and mementos that veterans and their loved ones have left at the Vietnam Veterans Memorial in Washington, D.C. In 1989, a worn photograph of a young Vietnamese man and a little girl was placed at the wall, along with the following letter:

Dear Sir,
For twenty-two years I have carried your picture in my wallet. I was only eighteen years old that day that we faced one another on that trail in Chu Lai, Vietnam. Why you did not take my life I'll never know . . . Forgive me for taking your life, I was reacting just the way I was trained . . . So many times over the years I’ve stared at your picture and your daughter. I suspect each time my heart and guts would burn with the pain of guilt. I have two daughters of my own now. I perceive you as a brave soldier, defending his homeland. Above all else I can now respect the importance life held for you. I suppose that is why I am able to be here today. It is time for me to continue the life process and release the pain and guilt. Forgive me sir.

The man who wrote the letter, Richard Luttrell, had faced the enormity of what it means to take a life, and the reality of how important life is to each of us. By letting himself feel the pain of his guilt, by looking again and again at his own fearful, reactive self—at the person who had been trained to kill—Richard had faced his own human frailty. In acknowledging this and asking for forgiveness, he was seeking to make amends and free his heart.

I had shared this story many times with students when in 2009 I discovered that Luttrell’s journey to forgiveness had not ended with this poignant note. Through a fellow vet, the picture had made its way back to him, and upon receiving it, he made a decision: He was going to find the daughter in the picture, and return the photo to her. Richard traveled to Vietnam, found her and her brother, and introduced himself through an interpreter. “Tell her this is the photo I took from her father’s wallet the day I shot and killed him and I’m returning it.”

With his voice breaking, he asked for her forgiveness. The young woman burst into tears and fell into Richard’s arms, sobbing. Later her brother explained that he and his sister believed that their father’s spirit lived on in Richard, and that on that day, it had returned to them.

For all of us, the starting place of healing is reconciliation with our own heart. Whether we are unable to forgive ourselves for what seems a major wrongdoing, or we have locked into chronic self-judgment, we are at war, cut off from our own tenderness, our own spirit. If we can see past our faults to our human vulnerability, we are on the path of reconciliation. Our self-compassion will naturally lead to caring about others, and perhaps, as for Richard, to an experience of love and connectedness we never imagined possible.

Enjoy this guided meditation on Forgiveness

Our Life Experience is Shaped by Our Beliefs Ghandi describes how our beliefs become our thoughts and emotions which influence our behavior, and how our behavior creates our character and then that determines our destiny. In other words, the familiar pattern of thoughts that continuously cycle through our minds actually ends up shaping our life experience. Beliefs about ourselves and the world that cause suffering arise from our experiences of severed belonging — the wounding that happens early in life when we get the message, from our families and our culture, that there is something about us that is not okay. And we all have a negativity bias, which means that the conditioning is strong to seek evidence and latch on to whatever confirms that sense that something is wrong with me. The Trance of Limiting Beliefs When we are suffering, we are believing something that is not true. To live inside the belief that we or others are bad and wrong is suffering. Rather than directly feeling our he…
Read more

I often use the metaphor of the second arrow because I find it just so helpful. The Buddha told a parable and the teaching was:

“If you get struck by an arrow, do you then shoot another arrow into yourself?”
If we look at the way we move through the day, when something happens, when we have pain in our body, when somebody treats us in a way that feels disrespectful, when something goes wrong for someone we love, that’s the first arrow. Our mind and body go into a reactivity that does not help to bring healing. We blame others, we blame ourselves. That’s the second arrow.

Healing and Freedom come from non-proliferation of our thoughts. N…
Read more

This being human is a guest house.
Every morning a new arrival.

A joy, a depression, a meanness,
Some momentary awareness comes
as an unexpected visitor.

Welcome and entertain them all!...

The dark thought, the shame, the malice, meet them at the door laughing, and invite them in.

Be grateful for whoever comes,
because each has been sent
as a guide from beyond.
—Rumi
One of my favorite stories of the Buddha shows the power of a wakeful and friendly heart. The night before his enlightenment, the Buddha fought a great battle with the Demon God Mara, who attacked the then bodhisattva Siddhartha Guatama with everything he had: lust, greed, anger, doubt, etc. Having failed, Mara left in disarray on the morning of the Buddha’s enlightenment.
Yet, it seems Mara was only temporarily discouraged. Even after the Buddha had become deeply revered throughout India, Mara continued to make unexpected appearances. The Buddha’s loyal attendant, Ananda, always on the lookout for any harm that might come t…
Read more