Rejecting the Wanting Self 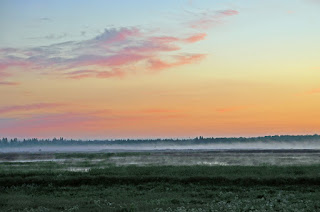 “We have been raised to fear…our deepest cravings. And the fear of our deepest cravings keeps them suspect, keeps us docile and loyal and obedient, and leads us to settle for…many facets of our own oppression.” – Audre Lourde
In the myth of Eden, God created the garden and dropped the tree of knowledge, with its delicious and dangerous fruits, right smack dab in the middle. He then deposited some humans close by and forbade these curious, fruit-loving creatures from taking a taste. It was a set up. Eve naturally grasped at the fruit and then was shamed and punished for having done so.
We experience this situation daily inside our own psyche. We are encouraged by our culture to keep ourselves comfortable, to be right, to possess things, to be better than others, to look good, to be admired. We are also told that we should feel ashamed of our selfishness, that we are flawed for being so self-centered, sinful when we are indulgent.
Most mainstream religions—Judeo-Christian, Buddhist, Hindu, Muslim, Confucian—teach that our wanting, passion, and greed cause suffering. While this certainly can be true, their blanket teachings about the dangers of desire often deepen self-hatred. We are counseled to transcend, overcome or somehow manage the hungers of our physical and emotional being. We are taught to mistrust the wildness and intensity of our natural passions, to fear being out of control.
Equating spiritual purity with elimination of desire is a common misunderstanding I also see in students on the Buddhist path. This is not just a contemporary issue. The struggle to understand the relationship between awakening and desire in the context of the Buddhist teachings has gone on since the time of the Buddha himself.
A classical Chinese Zen tale brings this to light: An old woman had supported a monk for twenty years, letting him live in a hut on her land. After all this time she figured the monk, now a man in the prime of life, must have attained some degree of enlightenment. So she decided to test him.
Rather than taking his daily meal to him herself, she asked a beautiful young girl to deliver it. She instructed the girl to embrace the monk warmly—and then to report back to her how he responded. When the girl returned, she said that the monk had simply stood stock still, as if frozen.
The old woman then headed for the monk’s hut. What was it like, she asked him, when he felt the girl’s warm body against his? With some bitterness he answered, “Like a withering tree on a rock in winter, utterly without warmth.” Furious, the old woman threw him out and burned down his hut, exclaiming, “How could I have wasted all these years on such a fraud.”
To some the monk’s response might seem virtuous. After all, he resisted temptation, he even seemed to have pulled desire out by the roots. Still the old woman considered him a fraud. Is his way of experiencing the young girl—“like a withering tree on a rock in winter”—the point of spiritual practice? Instead of appreciating the girl’s youth and loveliness, instead of noting the arising of a natural sexual response and its passing away without acting on it, the monk shut down. This is not enlightenment.
I have worked with many meditation students who have gotten the message that experiencing desire is a sign of being spiritually undeveloped. While it is true that withdrawing attention from certain impulses can diminish their strength, the continued desire for simple pleasures—delicious foods, play, entertainment or sexual gratification—need not be embarrassing evidence of being trapped in lower impulses.
Those same students also assume that “spiritual people” are supposed to call on inner resources as their only refuge, and so they rarely ask for comfort or help from their friends and teachers. I’ve talked with some who have been practicing spiritual disciplines for years, yet have never let themselves acknowledge that they are lonely and long for intimacy.
As the monk in the Zen tale shows, if we push away desire, we disconnect from our tenderness and we harden against life. We become like a “rock in winter.” When we reject desire, we reject the very source of our love and aliveness.
Adapted from my book Radical Acceptance (2003)
Enjoy this audio podcast on: Sure Heart’s Release
For more information visit www.tarabrach.com