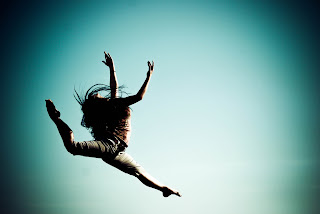 This entire living world--including these forms we call self-- is a creative arising and dissolving of empty awareness. I love the Zen phrase “emptiness dancing,” because it recognizes the inseparability of formlessness and form, of the awake space of awareness and its expression in aliveness.

Sometimes, when I teach about the ultimate freedom of realizing selflessness and emptiness dancing, students ask if this means turning away from personal growth and service. Is this just another way to devalue the life we are living here and now? If we find inner freedom, will we still be interested in healing ourselves and our world?

Whenever these questions come up, I usually recall Mari, who started attending meditation classes when she realized she was burning out after working more than a decade as a fund-raiser for a large human rights group. At that time, the political environment had gotten increasingly nasty, rival factions were vying for control of the organization, donors were scarce, and she was questioning the ethics of some of her colleagues. When I met her, Mari had given notice and wanted nothing to do with politics or activism. She was done.

Over the next four years, Mari worked at a sporting-goods store, attended meditation classes and retreats, and found the time to reconnect with a former passion: bird-watching. After a meditation class, she told me, “It’s during those walks, during the early morning hours of watching and listening, that I come home to silence, to my own presence.” In that attentive silence, Mari’s love affair with birds deepened. “They are not something outside of me,” she told me, “they are part of my inner landscape.” As she grew more alarmed about habitat loss, though, Mari realized her activist life was not over.

As we explored this together in a counseling session, Mari began to trust that this time around, things would be different. So, she agreed to fund-raise for an environmental group, even while  knowing that there would be conflicting egos within this organization, and that she would inevitably have bouts of discouragement. Mari had found refuge; she knew she could reconnect with the awareness that gives rise to birds and trees, to egos and discouragement, to the entire play of life. She could remember the wisdom of emptiness dancing, and serve this imperfect world.

Spiritual teacher Adyashanti, who wrote a book called Emptiness Dancing, suggests that as we move through the day, we ask: “How is emptiness or awareness experiencing this (eating, walking outside, showering, talking)?” I also like to ask myself, “How is this empty, awake heart experiencing what’s happening?”

It’s illuminating to step out of our story of self, and simply receive sensations, feelings, and sounds from the perspective of heart and awareness. We’re not in opposition to anything, or resisting or evaluating anything; we’re just letting life flow through us.

Whenever I pay attention like this, I’m not at all removed from life. Rather, without the self-focus, I become part of the flow of aliveness. Just as the river knows how to flow around rocks, I can then respond intuitively to life’s unfolding. I’m more spontaneous in the moment, more naturally clear and caring in my response to what’s around me. I’ve seen this happen with others too. Whether we’re serving or savoring, whenever there’s an awareness of emptiness dancing, we become wholehearted in how we live. This is true even in the face of inevitable loss.

A few years ago, I read a memorable story about violinist Itzhak Perlman. Perlman had polio when he was a young child, and at each of his performances he makes a slow entrance on crutches, sits down, unclasps the braces on his legs, then prepares to play. He did this as usual at a 1995 performance at Lincoln Center in New York. On this occasion, however, he’d only played the first few bars when one of the strings on his violin broke. The whole audience could hear the crack when it snapped. What will happen next, they wondered. Will he have to put on his braces, make his way across the stage, find another violin?

He sat still, closed his eyes, and paused. Then he signaled for the conductor to begin again. Perlman reentered the concerto, playing with an unimaginable passion, power, and purity. Perhaps some of those watching could sense him modulating, changing, reconfiguring the piece in his head, so deep was his immersion in creating. When he finished there was an awed silence. Then came the outburst of applause as people rose and cheered from every corner of the hall.

Perlman smiled, wiped the sweat from his brow, and raised his bow to quiet the crowd. Then he spoke, not boastfully, but in a quiet, pensive, reverent tone. “You know, sometimes it is the artist’s task to find out how much music you can still make with what you have left.”

Recently I was disappointed to learn that this story has been called into question, but the message stays with me. We weigh down our lives with memories of how it used to be and fears of what we have yet to lose. Yet when we surrender into the living moment, we, like Perlman, become emptiness dancing—a part of the creative flow. We respond with a tender heart to our world’s pain and beauty. We make music with what we have left.

Enjoy this talk on The Freedom of Yes

Our Life Experience is Shaped by Our Beliefs Ghandi describes how our beliefs become our thoughts and emotions which influence our behavior, and how our behavior creates our character and then that determines our destiny. In other words, the familiar pattern of thoughts that continuously cycle through our minds actually ends up shaping our life experience. Beliefs about ourselves and the world that cause suffering arise from our experiences of severed belonging — the wounding that happens early in life when we get the message, from our families and our culture, that there is something about us that is not okay. And we all have a negativity bias, which means that the conditioning is strong to seek evidence and latch on to whatever confirms that  sense that something is wrong with me . The Trance of Limiting Beliefs When we are suffering, we are believing something that is not true. To live inside the belief that we or others are bad and wrong is suffering. Rather than directl
Read more