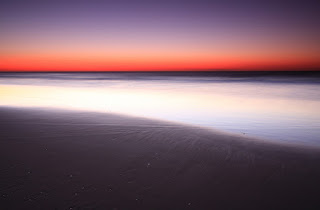 The Buddha taught that we spend most of our life like children in a burning house, so entranced by our games that we don’t notice the flames, the crumbling walls, the collapsing foundation, the smoke all around us. The games are our false refuges, our unconscious attempts to trick and control life, to sidestep its inevitable pain.

One of my clients, Justin, distracted himself from the loss of his wife, Donna, by armoring himself with anger. He’d met her in college, and married her right after graduation. Donna went on to law school and to teaching law; Justin taught history and coached basketball at a small urban college. With their teaching, passion for tennis, and shared dedication to advocating for disadvantaged youth, their life together was full and satisfying.

On the day that Justin received the unexpected news of his promotion to full professor, Donna was away at a conference, and caught an early flight back to celebrate with him. On her way home from the airport, a large truck overturned and crushed her car, killing her instantly.

Almost a year after her death, Justin asked me for phone counseling. “I need to get back to mindfulness,” he wrote. “Anger is threatening to take away the rest of my life.”

During our first call, Justin told me that his initial response to Donna’s death was rage at an unjust God. “It doesn’t matter that I always tried to do my best, be a good person, a good Christian. God turned his back on me,” he told me. Yet his initial anger at God had morphed into a more general rage at injustice and a desire to confront those in power. He’d always been involved with social causes, but now he became a lightning rod for conflict, aggressively leading the fight for diversity on campus, and publicly attacking the school administration for its lack of commitment to the surrounding community.

His department chairman had previously been a staunch ally; now their communication was badly strained. “It’s not your activism,” his chairman told him. “It’s your antagonism, your attitude.” Justin’s older sister, his lifelong confidant, had also confronted him. “Your basic life stance is suspicion and hostility,” she’d said. When I asked him whether that rang true, he replied, “When I lost Donna, I lost my faith. I used to think that some basic sanity could prevail in this world. But now, well, it’s hard not to feel hostile.”

The pain of loss often inspires activism. Mothers have lobbied tirelessly for laws preventing drunk driving; others struggle for legislation to reduce gun violence; gay rights activists devote themselves to halting hate crimes. Such dedication to change can be a vital and empowering part of healing. But Justin’s unprocessed anger had aborted the process of mourning. His anger might have given him some feeling of meaning or purpose, but instead he remained a victim, at war with God and life, unable to truly heal.

Loss exposes our essential powerlessness, and often we will do whatever’s possible to subdue the primal fear that comes with feeling out of control. Much of our daily activity is a vigilant effort to stay on top of things—to feel prepared and avoid trouble. When this fails, our next line of defense is to whip ourselves into shape: Maybe if we can change, we think, we can protect ourselves from more suffering. Sadly, going to war with ourselves only compounds our pain.

A few months after my first phone consultation with Justin, his seventy-five-year-old mother had a stroke. His voice filled with agitation as he told me about the wall he’d hit when he tried to communicate with her insurance company. They couldn’t seem to understand that her recovery depended on more comprehensive rehab. “There’s nothing I can do to reach this goddamned, heartless bureaucracy … nothing!”

Justin was once again living in the shadow of loss, and gripped in reactivity. We both agreed that this was an opportunity to bring mindfulness to his immediate experience. He began by quickly identifying what he called “pure, righteous anger” before pausing, and allowing it to be there. Then, after a several rounds of investigation, he came upon something else. “My chest. It’s like there’s a gripping there, like a big claw that’s just frozen in place. And I’m afraid.”

“Afraid of what?” I asked gently. After a long pause, Justin spoke in a low voice. “She’ll probably come through this fine, but a part of me is afraid I’m going to lose her too.”

We stayed on the phone as Justin breathed with his fear, feeling its frozen grip on his chest. Then he asked if he could call me back later in the week. “This is a deep pain,” he said. “I need to spend time with it.”

A few days later, he told me, “Something cracked open, Tara. Being worried about my mom is all mixed up with Donna dying. It’s like Donna just died yesterday, and I’m all broken up. Something in me is dying all over again . . .” Justin had to wait a few moments before continuing. “I wasn’t done grieving. I never let myself feel how part of me died with her.” He could barely get out the words before he began weeping deeply.

Whenever we find ourselves lacking control of a situation, there’s an opening to just be with what is.  Now that Justin had once again found himself in a situation he couldn’t control, he was willing this time to be with the loss he’d never fully grieved. Instead of rushing into a new cause, he spent the next couple of months focused on caring for his mom. He also spent hours alone shooting hoops, or hitting tennis balls against a wall. Sometimes he’d walk into his empty house and feel like he had just lost Donna all over again. It was that raw.

Justin had finally opened to the presence that could release his hill of tears. Six months later, during our last consultation, he told me that he was back in action. “I’m in the thick of diversity work again, and probably more effective. Makes sense . . . According to my sister, I’m no longer at war with the world.”

By opening to his own grief instead of armoring himself with anger, Justin was finally able to start the healing process. His grief had never gone away; it had just been hidden. Once he was willing to open to it and feel it, his own sorrow could show him the way home to peace. As Irish poet and philosopher John O’Donohue tells us:

All you can depend on now is that
Sorrow will remain faithful to itself.
More than you, it knows its way
And will find the right time
To pull and pull the rope of grief
Until that coiled hill of tears
Has reduced to its last drop.

Adapted from True Refuge (January 2013)
Enjoy this podcast on the Fires of Loss
For more information: www.tarabrach.com