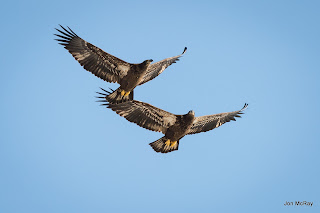 I often quote the psychologist Carl Rogers, who said, “It wasn’t until I accepted myself, just as I was, that I was free to change.” In other words, this acceptance — this recognizing what’s going on inside us and this deep unconditional tenderness — is the prerequisite to change.

Part of the practice of Radical Acceptance is knowing that, whatever arises, whatever we can’t embrace with love, imprisons us — no matter what it is. If we are at war with it, we stay in prison. It is for the freedom and healing of our own hearts, that we learn to recognize and allow our inner life.

The practice of meditation is described as having two wings: recognizing, so that you actually see what is happening in the present moment, and allowing, where whatever is seen is held with kindness — seeing what’s here and regarding it with tenderness. Saying yes.

A big challenge for saying yes to our experience is when we feel like we’re bad — like we are flawed. I can’t say yes to that. I can’t say yes to that shameful feeling — it’s too much. How do we bring the two wings alive when we’ve totally turned on ourselves or are totally at war with ourselves? When we bring these two wings to naming and then saying yes, we need to infuse the yes with a profound sense of compassion.

A minister I once worked with was in a real impasse in his marriage. His wife was so dissatisfied that she said, “If we can’t work this out, I don’t know if I can stay.” She wanted him to be more intimate, more vulnerable, not so spiritually detached. She wanted him to be able to look her in the eyes and say, “I love you.” He was very blocked and, whenever she would ask for something, it was even harder for him to feel like he could be warm and friendly. He was very defended, but he knew she was right that he was not able to be intimate.

When we started working together, he sensed, underneath the defensiveness, a very harsh critic and a huge sense of deficiency as a human-being. He felt like an imposter and felt a sense of his own hypocrisy because he preached about love, but he didn’t feel like he embodied it. He felt like he had been ambitious in his process in the ministry; he could look good and comfort people as a spiritual advisor, but couldn’t be close with people. His inner critic was saying, “You don’t deserve your position and you don’t deserve your marriage.” He felt himself sink into a deep sense of shame and aversion.

So we started exploring and bringing the two wings to that place of shame and aversion. He named what he was experiencing and allowed himself to feel it fully. Then he asked this part of himself, “What do you most need?” He immediately sensed he needed to feel forgiven: “I need to feel like God sees me and knows I’m trying.”

This was what I consider an ouch-moment, the moment when he really got his own suffering and could actually feel some tenderness towards himself. The second wing, self-compassion, was waking up.

So, this was his practice. When he was feeling stuck and incapable of being close because he was such a defective person, he’d see that, feel his shame, and whisper the words, “Forgiven, forgiven,” to the part of himself that was having a hard time. He did this over and over again, until he became increasingly at home in compassionate presence and the shame no longer occupied such a dominant part of his psyche.

It took him a number of months, but he later shared about how his relationship with his wife had changed saying that, for the first time in 26 years, “We are feeling each other’s hearts.”

He went from being caught in his sense of personal deficiency to a place of simple tenderness . . . offering himself forgiveness and feeling that tenderness of vulnerability. This is the shift in identity that each one of us experiences every time we even get a taste of these two wings. By naming our suffering and saying yes, we move from inside of the story of the defective self to an awareness that is noticing and kind.

From The Healing Time by Pesha Joyce Gertler:


“Finally on my way to yes
I bump into
all the places
where I said no
to my life
all the untended wounds. . .

those coded messages
that sent me down
the wrong street
again and again. . .

and I lift them
one by one
close to my heart
and I say holy
holy.” [1]

Recognizing it and saying yes to the moment…

From: Radical Acceptance Revisited – a talk given by Tara Brach.