Taking Your Hands Off the Controls

April 03, 2015
As living organisms anxious about our existence, we’re all naturally rigged to want to manage our lives with the goal of creating more pleasure and less pain for ourselves. Yet so many things are completely out of our control—aging, sickness, dying, other people dying, other people acting in ways we don’t like, our own moods and emotions...it’s all out of our hands.
Even so, when this automatic habit of controlling takes over, when our whole identity is in the persona of The Controller, we become removed from the qualities of presence, freshness, and spontaneity; we lose the ability to respond from a wiser, more compassionate place.
You might begin to notice this in your own life. For instance when you’re with another person and are feeling anxious, notice The Controller in you who’s trying to be experienced in a certain way. You might notice that the more insecure you feel, the more The Controller will hop into action.
We all have our different ways of becoming The Controller. Sometimes we try to control by framing or presenting things in a certain way to elicit a certain response. Some of us control by withdrawing. For instance, we might find ourselves thinking, “Okay, if you’re going to treat me this way, then I’m going to pull back.”
Another way we control is by withdrawing from ourselves, by shutting down. One football coach talks about an exchange with a former player: “I told him, ‘What is it with you? Is it ignorance or apathy?’ The player said, ‘Coach, I don’t know, and I don’t care.’”
We also try to control by worrying. It’s completely ineffective, but it’s what we do. We worry and obsess; we think and we plan.
Yet even though wanting to control things is a natural part of our biology, the question is: are we doing it in a way that causes our identity to be completely wrapped up in it?  Often, when we’re trying to manage everything, we tend to get locked into an experience of ourselves as a tight, egoist self, and lose sight of who we really are.
In his book The Right Stuff, Tom Wolfe describes how, in the 1950s, a few highly trained pilots were attempting to fly at altitudes higher than had ever been achieved. The first pilots to face this challenge responded by frantically trying to stabilize their planes when they went out of control. They would apply correction after correction, yet, because they were way out of the earth’s atmosphere, the rules of thermodynamics no longer applied, so the planes just went crazy. The more furiously they manipulated the controls, the wilder the rides became. Screaming helplessly to ground control, “What do I do next?!” the pilots would plunge to their deaths.
This tragic drama occurred several times until one of the pilots, Chuck Yeager, inadvertently struck upon a solution. When his plane began to tumble, Yeager was thrown violently around in the cockpit and knocked out. Unconsciously, he plummeted toward Earth. Seven miles later, the plane re-entered the planet’s denser atmosphere, where standard navigation strategies could be implemented. He steadied the craft and landed. In doing so, he had discovered the only life-saving response that was possible in this desperate situation: don’t do anything. Take your hands off the controls.
It’s the exact same way with us. As Wolfe wrote, “It’s the only solution that you had. You take your hands off the controls.”
Hopefully, you can bypass being knocked unconscious to discover this truth! What you can do is begin to notice whenever you have somehow become The Controller, and just pause, notice what’s happening, and ask yourself, “what is this like?” What does my body feel like? My heart? What is my mind like? Is there any space at all? Do I like myself when I’m identified as The Controller?
This pause gives the possibility of a new choice.  You might ask yourself, “What would happen if I just took my hands off the controls a little? What would happen if I simply attended to the present moment, to the experience of being here and now?”
As you slowly begin to take your hands off the controls, it’s important to bring compassion to whatever arises, since, behind the controlling is often anxiety, fear, and sometimes even panic. It can even help to bring a hand to your heart, breathe with it, and feel that your touch is offering kindness to that insecurity.
The next time you find yourself in some way trying desperately to land safely, your compassion might be what finally gives you the courage you need to let go of the controls. In doing so, you might discover that each time you let go, it becomes easier and easier to re-enter the atmosphere of your own aliveness. Gradually you’ll come home to the flow of your own living presence, the warmth and space of your awakening heart.
© Tara Brach
Enjoy this video on: Hands Off the Controls

Our Life Experience is Shaped by Our Beliefs Ghandi describes how our beliefs become our thoughts and emotions which influence our behavior, and how our behavior creates our character and then that determines our destiny. In other words, the familiar pattern of thoughts that continuously cycle through our minds actually ends up shaping our life experience. Beliefs about ourselves and the world that cause suffering arise from our experiences of severed belonging — the wounding that happens early in life when we get the message, from our families and our culture, that there is something about us that is not okay. And we all have a negativity bias, which means that the conditioning is strong to seek evidence and latch on to whatever confirms that sense that something is wrong with me. The Trance of Limiting Beliefs When we are suffering, we are believing something that is not true. To live inside the belief that we or others are bad and wrong is suffering. Rather than directly feeling our he…
Read more

I often use the metaphor of the second arrow because I find it just so helpful. The Buddha told a parable and the teaching was:

“If you get struck by an arrow, do you then shoot another arrow into yourself?”
If we look at the way we move through the day, when something happens, when we have pain in our body, when somebody treats us in a way that feels disrespectful, when something goes wrong for someone we love, that’s the first arrow. Our mind and body go into a reactivity that does not help to bring healing. We blame others, we blame ourselves. That’s the second arrow.

Healing and Freedom come from non-proliferation of our thoughts. N…
Read more 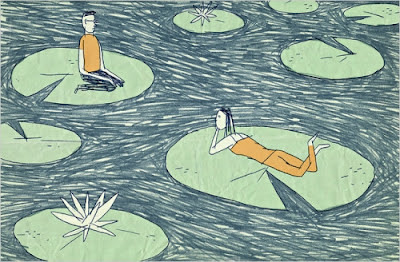 When I was first introduced to Buddhism in a high school World Studies class, I dismissed it out-of-hand. This was during the hedonistic days of the late ‘60s, and this spiritual path seemed so grim with its concern about attachment and, apparently, anti-pleasure. Buddhism seemed to be telling me to stop seeking after romantic relationships, forego having good times with friends, avoid the highs of marijuana and give up my adventures in nature. In my mind, freedom from desire would take the fun out of life.
Years later I would realize that the Buddha never intended to make desire itself the problem. When he said craving causes suffering, he was referring not to our natural inclination as living beings to have wants and needs, but to our habit of clinging to experience that must, by nature, pass away, and that relating wisely to the powerful and pervasive energy of desire is a pathway into unconditional loving.
I first saw a glimpse of this possibility many years ago in what might be co…
Read more