Attention: The Most Basic Form of Love

On my son Narayan’s sixth birthday, I gave him an ant farm. He spent hours watching with fascination as the little creatures magically created their network of tunnels. He even named several, and followed their struggles and progress closely.

After a few weeks, he pointed out the ants’ graveyard, and watched with wonder as several of them dragged the bodies of their dead comrades and deposited them there. The following day, when I picked Narayan up after school, he was visibly distressed: on the playground, the kids had made a game out of stepping on ants. My son couldn’t understand why his classmates were hurting these friends he so admired.

I tried to comfort him by explaining that when we really spend time with any living beings—as he had with the ants—we find out that they are real. They are changing, animated, hungry, social. Like us, their life is fragile and they want to stay alive. His playmates hadn’t had the chance to get to know ants in the way he did, I told him. If they had, they wouldn’t want to injure them either.

Whenever we wholeheartedly attend to the person we’re with, to the tree in our front yard, or to a squirrel perched on a branch, this living energy becomes an intimate part of who we are.

Krishnamurti wrote that “to pay attention means we care, which means we really love.” Attention is the most basic form of love. By paying attention, we let ourselves be touched by life, and our hearts naturally become more open and engaged.

We care about this awakened heart because, like a flower in full bloom, it is the full realization of our nature. Feeling loved and loving matters to us beyond all else. We feel most “who we are” when we feel connected to each other and the world around us, when our hearts are open, generous, and filled with love. Even when our hearts feel tight or numb, we still care about caring.

In describing his own spiritual unfolding, Gandhi said, “I hold myself to be incapable of hating any being on earth. By a long course of prayerful discipline, I have ceased for over forty years to hate anybody. I know this is a big claim. Nevertheless, I make it in all humility.”

When we look at our own lives and at the history of humanity, we realize that hatred, anger, and all forms of dislike are a pervasive and natural part of being alive. Aversion arises because we are so deeply conditioned to feel separate and different from others. As Gandhi found, only by dedicating ourselves to some form of intentional training can we dissolve this tendency, and embrace all beings with acceptance and love.

For Mother Teresa, serving the poor and dying of Calcutta was a practice of viewing each person as “Christ in his distressing disguise.” By doing so, she was able to see beyond the differences that might have hardened her heart and to serve with unconditional compassion each person she touched.

Through meditation practice, as we train ourselves more and more to pay attention with an engaged and open heart to see past surface appearances, we too begin to recognize a perennial truth: we are all connected to one another; our true nature is timeless, radiant, loving awareness. With this realization we feel our belonging with ants and redwoods, hawks and rivers.  By deepening our attention, we are naturally moved to take care of this living world--our inner life and all those we touch.

Discovering the Gold: Remembering Our True Nature by Cultivating Mindfulness and Compassion 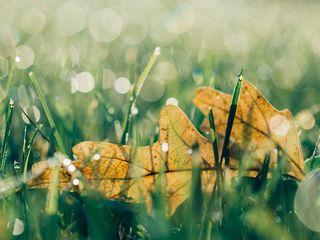 I remember when I was on a book tour for  Radical Acceptance , one of the places I stopped was the Buddhist university, Naropa, and they had a big poster with a big picture of me and, underneath the photo, the caption was:  Something is wrong with me. The Trance of Unworthiness: Forgetting Who We Are I wrote about the  Trance of Unworthiness  in  Radical Acceptance  14 years ago, and I’ve found, over the years, that it is still pretty much the most pervasive expression of suffering that I encounter in myself and in those I’ve worked with. It comes out as fear or shame —  a feeling of being fundamentally flawed, unacceptable, not enough.  Who I am is not okay . A core teaching of the Buddha is that we suffer because we forget who we really are. We forget the essence — the awareness and the love that’s here — and we become caught in an identity that’s less than who we are. When we are in the  trance of unworthiness , we’re not aware of how much our body, emotions, and thoughts
Read more