SUFFERING: The Call To Investigate Beliefs 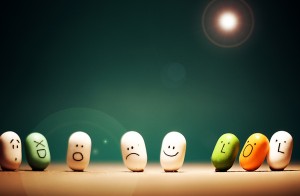 “Reality is always kinder than the stories we tell about it.” - Byron Katie

Can you imagine understanding, even loving, someone who belongs to a group of people responsible for killing your father, brother, or best friend? Can you imagine growing close to someone whose people have driven you from your home, humiliated your family, and turned you into a refugee in your own country?

Twenty-two teenage girls from Israel and Palestine were flown in to a camp in rural New Jersey, where they would live together in the face of these questions. As part of a program called Building Bridges for Peace, these young people were called upon to examine beliefs that seemed central to their identity, beliefs that had fueled estrangement, anger, hatred, and war.

Even though they had volunteered for the program, the girls were initially mistrustful of each other, and sometimes overtly hostile. One Palestinian teen drew a line in the sand right from the start: “When we’re here, who knows, maybe we’re friends. When we return, you are my enemy again. My heart is filled with hatred for the Jews.” In another exchange, an Israeli girl told a Palestinian: “You expect to be treated as a human being, but you don’t act like one. You don’t deserve human rights!”

Yet from this harsh beginning, some of the girls left camp having formed deep bonds, and for most, it became impossible to see each other as the enemy. What allowed for this change of heart? The girls contacted the truth of each other’s pain and the truth of each other’s goodness. Reality, when we let it in, dismantles the iron grip of our beliefs. As one Israeli girl put it, “If I don’t know you, it’s easy to hate you. If I look in your eyes, I can’t.”

The Buddha taught that ignorance—ignoring or misunderstanding reality—is the root of all suffering. What does this mean? He surely didn’t mean to deny the inevitable pains and losses in our lives, but he wanted his followers to grasp how their beliefs about what is happening—their thoughts about themselves, others, and the world—represented a contracted and fragmented view of reality. This distorted view, described by the Buddha as a dream, fueled the cravings and fears that confined their lives.

The Buddha also told an ancient teaching story that we still repeat to our children. A king instructs a group of blind men to describe an elephant. Each man feels one part of the elephant’s body—the tusk, leg, trunk, tail. Each gives a detailed—and very different—report about the nature of the elephant. Then they come to blows about who’s right. Each man is honestly describing his immediate and real experience, yet each misses the big picture, the whole truth.

These beliefs all arise from the primary fear-based belief the Buddha identified: that we are separate from the rest of the world, vulnerable, and alone. Whether our beliefs arouse self-loathing, trap us in self-destructive addictions, ensnare us in conflict with a partner, or send us to war with an enemy, we’re suffering because we’re mistaken about reality. Our beliefs narrow our attention and separate us from the living truth of how things are. They cut us off from the full aliveness, love, and awareness that is our source.

The sage Sri Nisargadatta teaches “illusion exists . . . because it is not investigated.” If we are attached to untrue beliefs, it’s because we have not examined our thoughts. We have not met them with mindful investigation; we have not asked whether they truly represent our current, living experience of reality.

For a parent, the call might be the stranglehold of worry about a child’s welfare. For a social activist, it might be exhaustion and despair in face of seemingly endless war and injustice. For a musician, it might be the disabling terror that accompanies performance. Wherever we feel most endangered, most separate, most deficient—that is where we need to shine the light of our investigation.