Running Away Deepens the Trance

A traditional folk tale tells the story of a man who becomes so frightened by his own shadow that he tries to run away from it. He believes that if only he could leave it behind, he would then be happy. The man grows increasingly distressed as he sees that no matter how fast he runs, his shadow never once falls behind. Not about to give up, he runs faster and faster until finally he drops dead of exhaustion. If only he had stepped into the shade and sat down to rest, his shadow would have vanished.

Our own personal shadow is made up of those parts of our being that we experience as unacceptable. Our families and culture let us know early on which qualities of human nature are valued and which are frowned upon. Because we want to be accepted and loved, we try to fashion and present a self that will attract others and secure our belonging.

And yet, when we inevitably express our natural aggression or neediness or fear—parts of our emotional makeup that frequently are taboo—the significant people in our life tend to react to us. Whether we are mildly scolded, ignored or traumatically rejected, on some level we are hurt and pushed away.

The shadow then becomes a force in our psyche as we regularly exile the emotions that could elicit rejection from others. We might bury and forget our childlike excitement; ignore our anger until it becomes knots of tension in our body; cover our fears with endless self-judgment and blame. Our shadow is rooted in shame, bound by our sense of being basically defective.

The more deeply we feel flawed and unlovable, the more desperately we run from the clutches of the shadow. Yet by running from what we fear, we feed the inner darkness.

Whenever we reject a part of our being, we are confirming to ourselves our fundamental unworthiness. Underneath “I shouldn’t get so angry” lies “There’s something wrong with me if I do.” Like being stuck in quicksand, our frantic efforts to get away from our badness sink us deeper. As we strive to avoid the shadow, we solidify our identity as a fearful, deficient self.

For many of us, when our particular place of insecurity or woundedness is touched, we easily regress into the fullness of trance. At these times there seems to be no choice as to what we feel, think, say or do. Rather, we "go on automatic," reacting in our most habitual way to defend ourselves, to cover over the rawness of our hurt.

Yet, the very behaviors we use to keep us from pain only fuel our suffering. Not only do our escape strategies amplify the feeling that something is wrong with us, they stop us from attending to the very parts of ourselves that most need our attention to heal. As Carl Jung states in one of his key insights, the unfaced and unfelt parts of our psyche are the source of all neurosis and suffering.

The good news is that when we can learn to feel and face the fear and shame we habitually avoid with compassion, wisdom, and courage, we can begin to awaken from trance; we can begin to free ourselves to respond to our circumstances in ways that bring genuine peace and happiness.

For more information go to: www.tarabrach.com 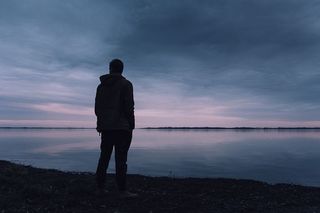 Marge, a woman in our meditation community, was in a painful standoff with her teenage son. At 15, Micky was in a downward spiral of skipping classes and using drugs, and had just been suspended for smoking marijuana on school grounds. While Marge blamed herself—she was the parent, after all—she was also furious at him. The piercings she hadn’t approved, the lies, stale smell of cigarettes, and earphones that kept him in his own removed world—every interaction with Micky left her feeling powerless, angry, and afraid. The more she tried to take control with her criticism with “groundings” and other ways of setting limits, the more withdrawn and defiant Micky became. When she came in for a counseling session, she wanted to talk about why the entire situation was really her fault. An attorney with a large firm, Marge felt she’d let her career get in the way of attentive parenting. She’d divorced Micky’s father when the boy was entering kindergarten and her new partner, Jan, had
Read more